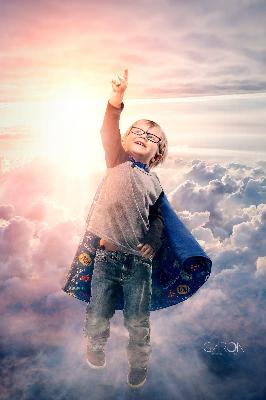 We ride to give hope to Children's Hospital Colorado patients like Raylan.

Raylan,7 was diagnosed via Invitae research panel. He first was diagnosed autistic and when they realized he was having intractable epilepsy they decided on the epilepsy genetic panel. There was not much information on Syngap and I turned to Facebook to find parents like me. 2019 Raylan's Atonic seizures became uncontrollable and terrifying. He was having upwards of 100 a day in addition to absence seizures. He had multiple ER visits due to concussions, and bloody noses. Raylan had failed 6 medications and after his last, his epileptologist decided it was time to look into surgery for him. We discussed a VNS, but knew it would not help with his Atonic seizures. That is when the neurosurgeon flipped the script on us and told us about a complete Corpus callosotomy. On September 11, 2020, Raylan had a complete corpus callosotomy. Since Raylan has not had as many atonic seizures, we typically only see a breakthrough when he is sick.

Along with epilepsy, Raylan struggles with hypotonia, which affects all muscles in the body. For instance, Raylan's lungs do not expand the same as a child with muscle tone. He has an inhaler to help fight the chronic atelectasis on his lungs during the winter. He wears braces to help with his gait patterns and has a wheelchair for days when walking is too much.

Raylan struggles with sensory processing, global developmental delay, and he is nonverbal.

Although Raylan faces these struggles he is resilient. He loves exploring outside by hiking, skiing, biking, climbing, and more. Raylan may struggle with severe hypotonia, but he has discovered ways to make his body move for him. He never fails to try new things. Even with as many challenges as he faces, Raylan is the sweetest and social boy ever.