Welcome to my fundraising page for William! 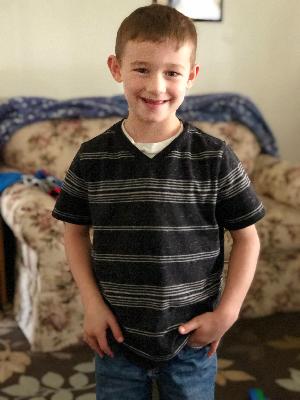 William is a smart and courageous 8-year-old who has fought so hard since the day he was born. He has had tons of doctors appointments, hospitalizations, and I can’t even count how many tests and needles poked into him since he was born in August 9,2010!!!

He was born with cardiomyopathy I had no idea when I was pregnant that something was wrong with my baby until the day he was born. There was no surgery or anything except medication that would help his heart defect besides a heart transplant!!!

He defeated all odds until May 2018 when his life took a turn for the worse what we thought was the flu turned out he was in heart failure. The only thing we could do was get a Berlin Heart Pump placed in order to do that that we had to put him on bypass for a few days to prepare his organs and body for the heart pump. While he was on the heart pump he had to remain in the hospital until he was eligible to be placed on the transplant list he was FINALLY able to be placed on the list then the real wait begin....

While we sat in the hospital we made the best of it playing basketball in his room, shooting doctors with nerf guns, coloring building legos he always had a smile on his face he was so brave!!! We finally got the call September 27, 2018 that there was a heart for him the best and scariest news a family could receive. Since then he has been striving and doing amazing we are so thankful for the cardiac unit and all the amazing nurses, doctors everyone involved!!!