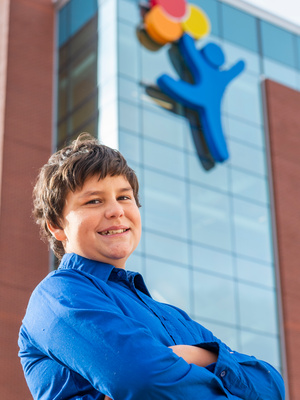 I'm riding for our son Liam. He was born at children's hospital 10 years ago. He required heart surgery four days after birth. It was an amazing process that we never thought was possible.

Doctors from other hospitals told us that Liam would never make it to birth and nothing could be done to help him. We were fortunate enough to get into Children's Hospital where specialists identified a rare heart condition. They immediately took action to get Liam far enough along that they could perform surgery at birth. The surgery was a success and even resulted in a research paper being published by the lead cardiologist.

It is amazing to think that 10.5 years ago we were told Liam would never make it to birth. The complete opposite happened and he just capped off his hockey season in April with a tournament in Minnesota. This would have never been possible without Children's Hospital and the amazing people that dedicate themselves to helping kids.