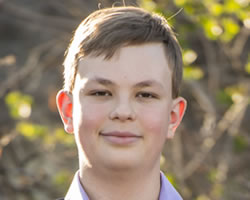 I am part of the team CLIMB FOR COOP in the courage classic and asking for your support in raising money for Children's Hospital & Brain Cancer Research.  I am a first time Courage Classic rider and am a bit nervous about biking Vail Pass but thought if my biking & fundraising can help another kid, another family, not have to face tragic news, then I can try.

The team CLIMB FOR COOP is for a neighborhood family and their son Cooper, who died from brain cancer 5 years ago.    Cooper was same age as Noah & went to same childcare center as him, so seeing Noah go to Prom & Play Soccer & all those other teenage rites of passage brings home what Courage Classic is all about.   Here is mom, Amy's, story...

Thank for you considering a donation - I appreciate it!    Tracy