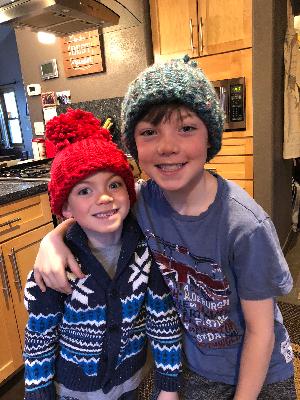 Owen with his brother Logan

We are riding in the Courage Classic for our son Owen and other kids like him. Owen was born with four congenital heart defects. Within his first few months of life, Owen’s treatment involved open heart surgery at 6 days old, several valvuloplasties to open his aortic valve and eventually open-heart surgery again at 9 months old. Owen is now a healthy 9-year-old who rides at the back of his parent's bike in the Courage Classic thanks to the care he received at Children’s Hospital Colorado. He loves the Courage Classic and he is very proud to be a part of it. Owen is also an Ambassador for Childrens Hospital and he does a lemonade stand to raise funds for the Hospital.

This past year 2020, Owen had an infection that sent him back to Children's Hospital for a week. He had to stay on IV antibiotics for 8 weeks and not do any sports for a while, which he was pretty upset about since Hockey Season had already started!

Owen's heart seems to be working as well as expected and no procedures are planned at this point for his heart. We know that in the future he will need another open heart surgery, but for now, we are just delighted that the time has not come yet! Phew!  His next surgery will most likely have to be in the next couple of years when he goes throgh a growth spurt, as his pulmonary valve will not be big enough for him anymoe. He will have to have another open heart surgery but they will plan ahead to make sure that the next one he will need, will be more of a minor procedure accessing his heart through his femoral artery.

Life was tough with all his surgeries but the latest one, to fix his vocal chords was the one that allowed him to start drinking liquids. That was a huge benchmark that made life a lot easier for him and everyone around him. Owen has been able to drink liquids for almost three years now.

Last year Owen's cardiologist moved to a different state and his pediatrician retired. He shed a few tears when he found out as both doctors have been with him since birth. Once he met his new doctors, he felt much better, but he still misses Dr. Brescia and Dr.Fishman which have taken such great care of him until now!

In knowing that we are in a good place regarding his health right now, we also reflect as a family that we must not forget the obsticles that we had to face when he was not doing so well, and for that reason, we continue on riding for Children's Hospital in honor of all of those that are not so fortunate and are in need at this point in time.

Owen will not be the last child to face life-threatening conditions, and our family will not be the last to navigate a frightening diagnosis. The Courage Classic is both a personal challenge and an opportunity to support positive outcomes for kids and families who need Children's Colorado.

This ride has become a family event that we are SO very proud of. We feel blessed to be part of the Cardiac Climbers Team and to have the opportunity to make a difference through our riding efforts. Going through something like what Owen and the whole family went through, made us realize how many people are in need on a daily basis, and how important it is to give back.

We know that there are many different great causes that you can donate to, and this year with COVID19 some of you may not be working, so we thank you in advance from our hearts, if you decide to make a donation to our ride, and for Children's Hospital Colorado. Together we can make a difference!Together we can impact so many little lives! Let's do it! We will be forever grateful for your generosity! 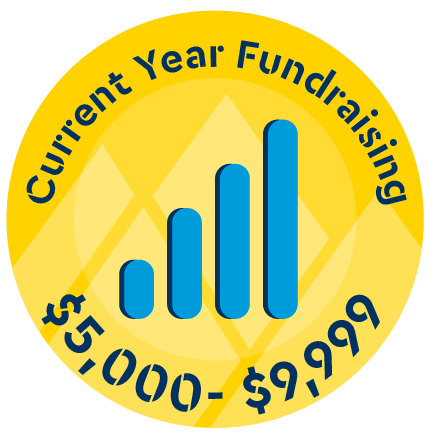 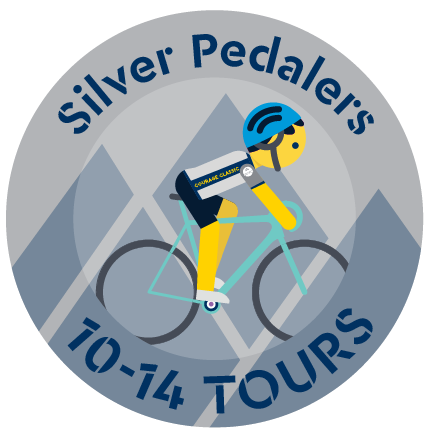 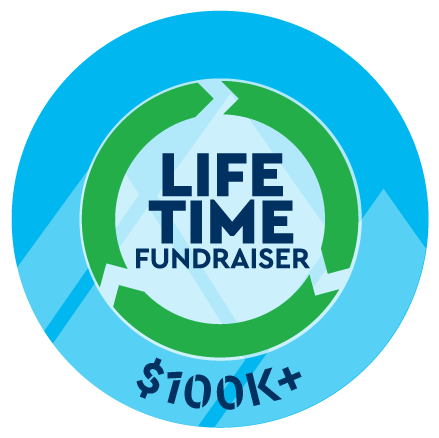